Here’s a look into how Lagonis fits in Team Liquid.
Heading into the final stage of the 2022 season, Team Liquid announced the signing of Lorenzo “Lagonis” Volpi to fill the spot left by Paulo “psk1” Augusto, who retired earlier this month.
Lagonis is a well-respected player in Siege, named by many in Brazil as one of the best IGL’s in the game. Leadership and experience are two of his best traits and he was crucial to Team oNe’s Mexico Major championship win and the construction of this season’s oNe roster – with three rookies, Lagonis was the right player to lead the project and he led them to another Major quarter-final.

But after a 18-month spell with Team oNe, Lagonis’ time as a wizard came to an end. Let’s have a look at how the player has fit Team Liquid in his first weekend with the blue cavalry.
Psk1’s mainly played a support, flank watcher role for Team Liquid. He was usually seen with Nomad, Dokkaebi, and Flores on attack, while Smoke on defense.
With Luccas “Paluh” Molina and André “NESKWGA” Oliveira in the team, psk1’s role was largely related to information-gathering, supporting the duo from behind. His role also meant he was rarely seen topping the stats sheets, with his SiegeGG Rating usually between 0.9 and 1.1.
Prior to Lagonis’ signing, Team Liquid’s main hard breach and support player was Gabriel “AsK” Santos, a role that perfectly fit the former Team oNe academy member. As such, heading into 2021’s third stage, AsK was brought into the roster as the team’s new IGL after they parted ways with Thiago “S3xyCake” Reïs.
https://twitter.com/LagonisR6/status/1571612301320413187
With Lagonis signing for Liquid, have the roles changed? Let’s take a look at last weekend in the first Stage 3 BR6 weekend, where Team Liquid faced Ninjas in Pyjamas and Black Dragons.

Lagonis’ role has always been more or less the same, with him being a hard breacher and defuser planter on attack and an anchor on defense.
Black Dragons
Team oNe
Considering the operators he has always played and the roles he has occupied on each roster, he doesn’t fit psk1’s previous function. Clearly, Team Liquid needed to adapt in order to fit Lagonis in. 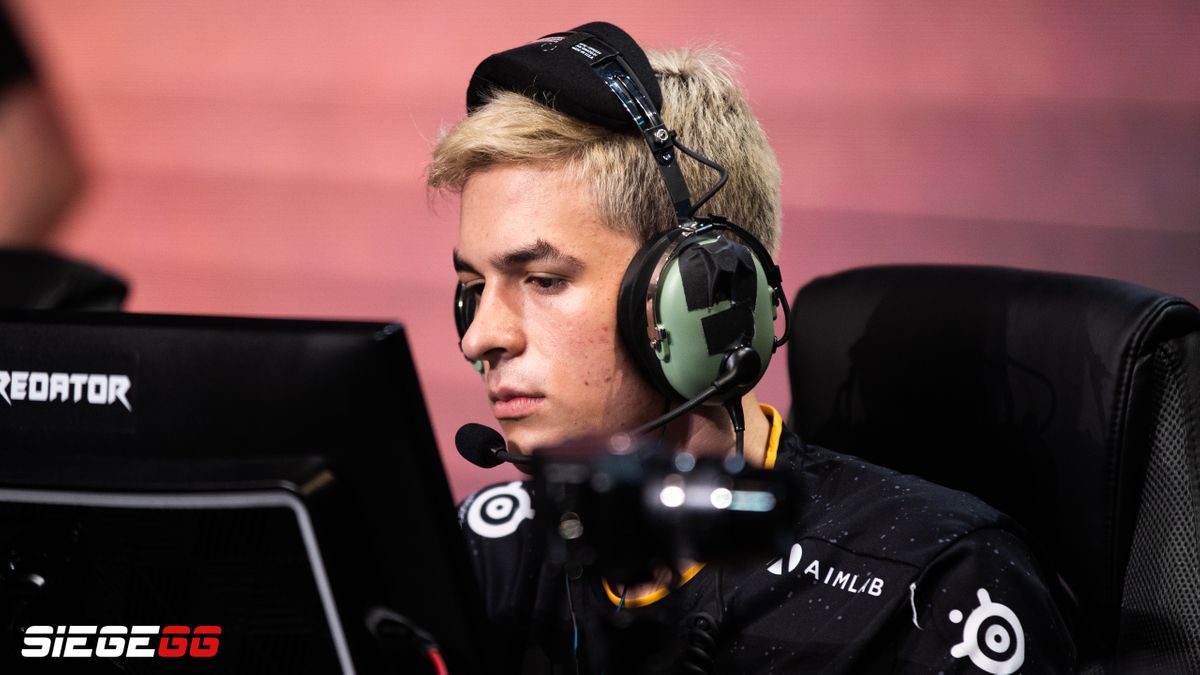 Lagonis has become the team’s new hard breach and support player, with AsK being moved to a more aggressive role.
After the initial Stage 3 games, though, both Lagonis and resetz are the lowest-rated players in Team Liquid with SiegeGG Ratings of 0.82 and 0.65, numbers that go alongside the job of being a support. With the team still adapting to a new IGL and a new play style, it’s obvious that some time is still needed before their full potential can be unleashed.
Lagonis’ first game against Ninjas in Pyjamas saw him play on Villa four times with Flores and two with Ace, as he was seemed to share the hard breaching role with resetz. While psk1 had been the team resetz had been familiar with Hibana on Villa, with their game against XSET at the Charlotte Major the closest example.
It’s difficult to use Villa to draw conclusions about Lagonis’ role for Team Liquid, as the team has only played the Italian map five times throughout the whole season.
Meanwhile, on Theme Park against Black Dragons, Lagonis was always seen as the team’s hard breacher and planter. There, Lagonis was splendid on attack, getting six kills and planting the defuser twice.

Lagonis’s role on defense was hard support and he mainly played Smoke. So far, the Brazilian has played nine defensive rounds with the S.A.S. operator, though he played Castle on Villa’s Statue/Trophy Room, Frost on Theme’s Lab/Storage, and Echo on Theme’s Armory/Throne.
Liquid’s last match with psk1 on Theme Park saw the Brazilian playing Smoke and Kaid, as he picked the Moroccan operator every time they played Armory/Throne. Resetz has now picked up the Kaid slack, though he alternates the operator with his favorite pick on defense, Wamai.

This week, Team Liquid will face TropiCaos and w7m esports, with the latter one being the match of the week. Lagonis and Julio “JULIO” Giacomelli will be facing each other in a battle to determine who’s the best IGL of the moment, with both new to their teams.
© 2022 SiegeGGTerms & Privacy