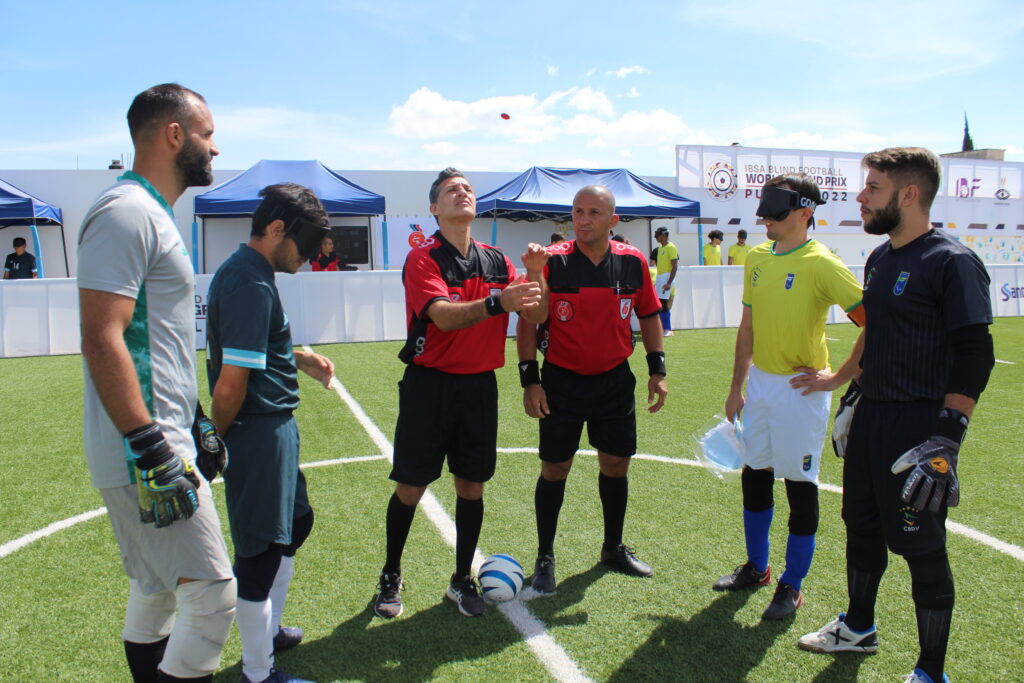 # Accessibility — Argentina and Brazil goalkeepers and team captains, as well as referees, participate in a coin toss in the centre of the pitch before the World Grand Prix final match in Puebla at La Madriguera.
The match was too balanced during the 30 minutes, although both teams had a hand full of chances to score. Goalkeepers shone when called to action, and the decision for the gold medal went to a penalty shootout. The first two attempts were scored by Argentina and Brazil, but in the last one, Brayan Pereira missed his shot and Jardel Soares scored, delivering the gold for the “Canarinha”.
In the bronze medal match between Mexico and Costa Rica, the decision also had to be all the way to the end of all possibilities. Mexico scored in the first half through Francisco Rangel, but Costa Rica pushed back in the second half and earned a draw through Ángel Flores. So it ended at the regular time.

#Accessibility – Mexican player shoots for goal inside the penalty area with a Costa Rican opponent trying to block the attempt
In the penalty shootout decision, both teams missed one shot, and the bronze medal went to the thrill of sudden death penalty shots. Only on the third attempt (the first one missed by both teams, and the second one scored), Francisco Rangel assumed the role of local hero and scored, which didn’t happen to Felipe Ulate. 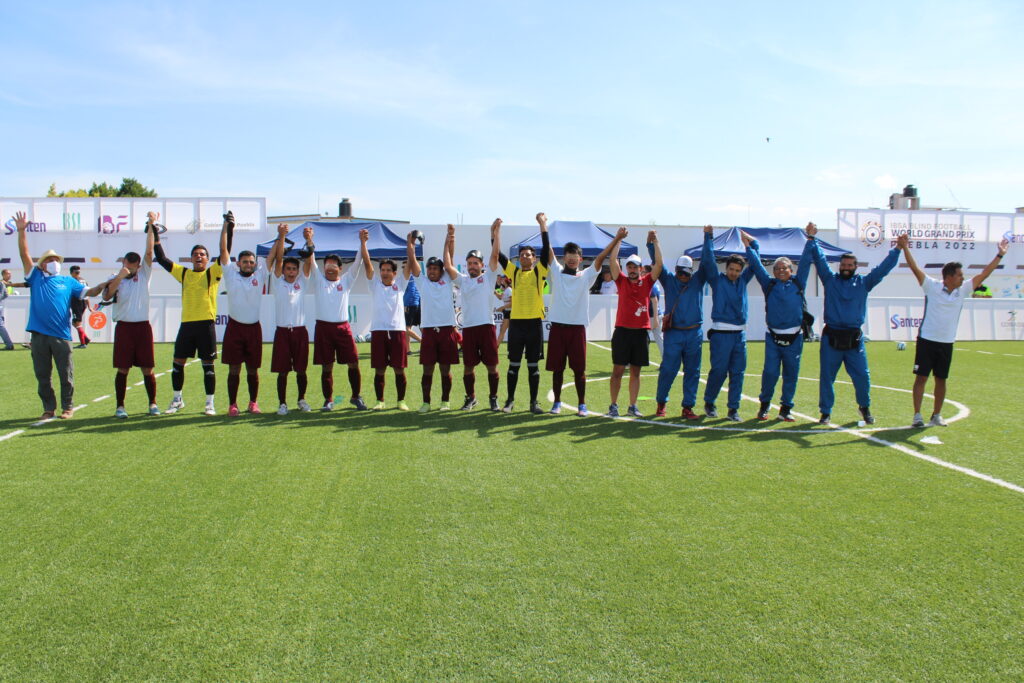 #Accessibility – Mexican national team (with staff) are in line in the center of the pitch, with their arms raised, thanking the fans at La Madriguera for all the support they gave during the competition
Mexico celebrated the bronze medal, which can give access to the World Championships for the 2023 IBSA World Blind Games in Birmingham (England). There is one spot for the best team not qualified in their continental championship, so there is a strong possibility that Mexico can be the right owner of that spot!
Check the results of the finals and the final standings of the tournament:
August 7th
Bronze medal – Mexico vs Costa Rica: 1-1* (5-4 after sudden death penalty shootout)
Gold medal – Argentina vs Brazil: 0-0* (2-3 after penalty shootout)
Final standings
1st Brazil – Gold medal
2nd Argentina – Silver medal
3rd Mexico – Bronze medal
4th Costa Rica
5th India 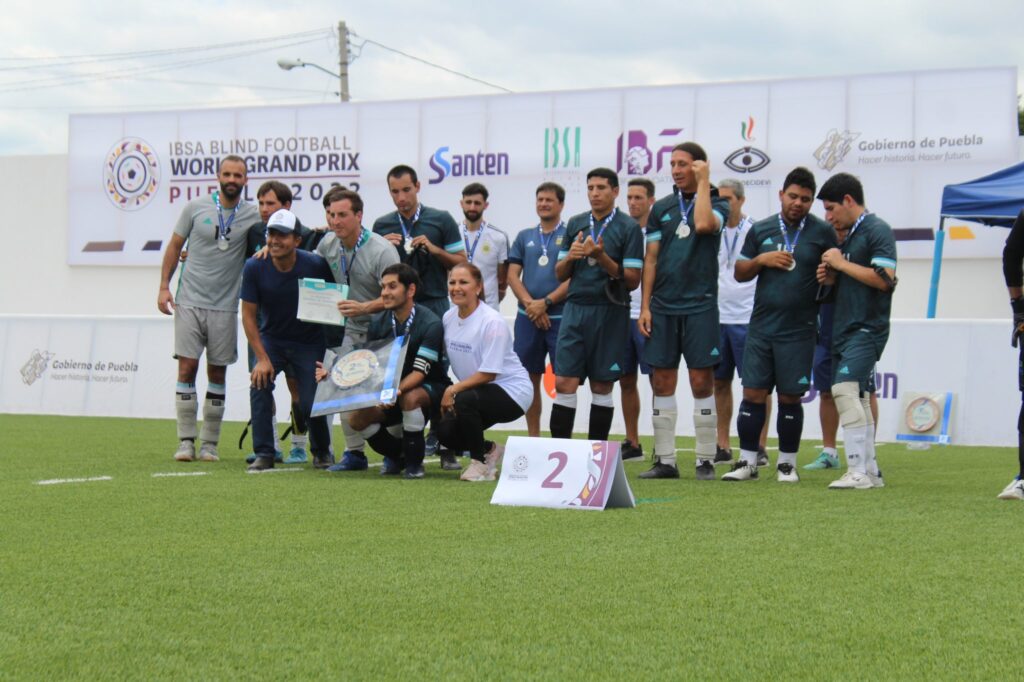 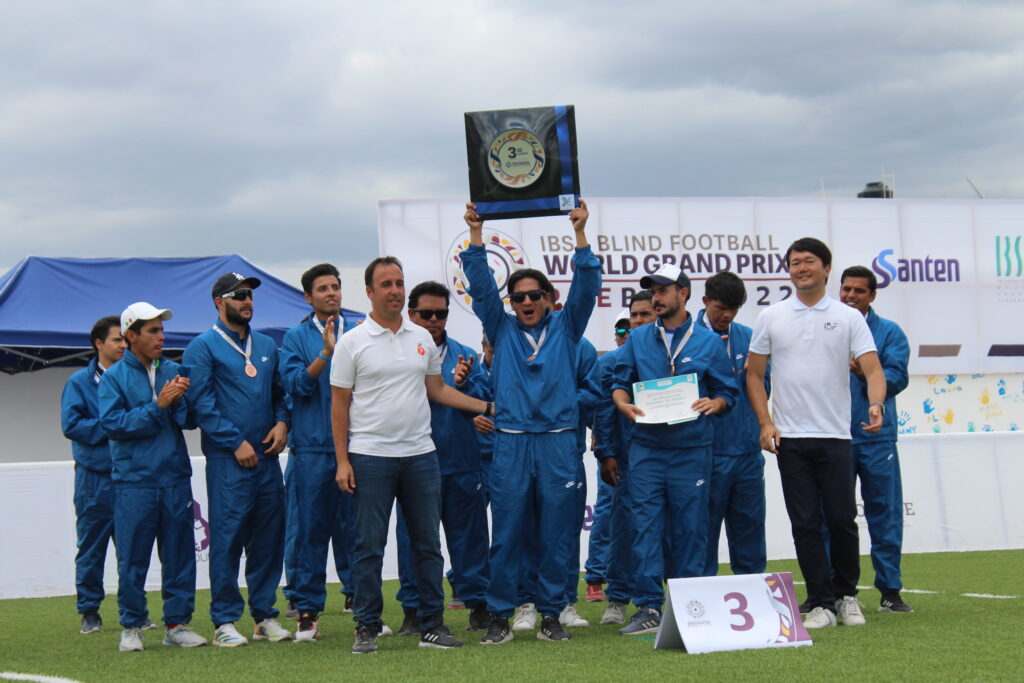 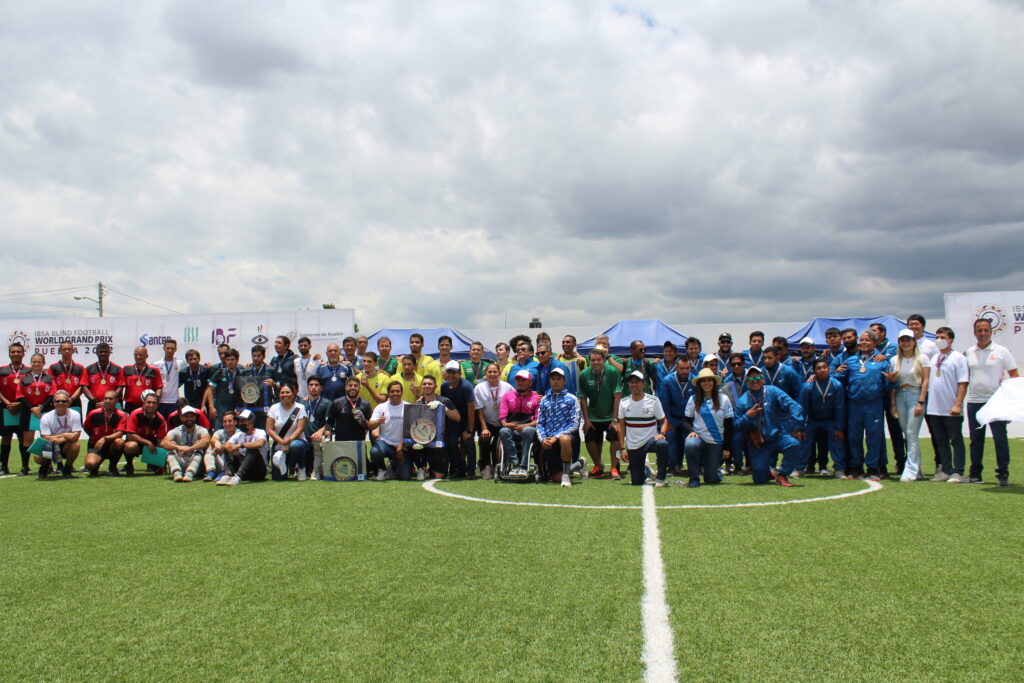 #Accessibility – Family photo with all the national teams in the center of the pitch of La Madriguera
Photos: Raúl Cervera/Blind Football WGP Puebla 2022
Follow us
Our partners
© 2022 IBSA International Blind Sports Federation